Monday - Sunday: 6:00 PM - 12M
IF ITS ONE THING SCOTT MITCHELL loves, its Sonoma County! Since 1978 he’s been a broadcast fixture at many of the Santa Rosa radio stations, either as a voice-over talent, disc-jocky and radio station programmer.

WHEN SCOTT GRADUATED from the SF Campus of the Ron Bailie School of Broadcast in 1978, he made up his mind that he wanted to live and work in Sonoma County and bugged many of the local broadcasters for a job, eventually getting his first job at KSRO Radio in Santa Rosa, back in the days when it played music on AM RADIO!

LIKE ANY YOUNG DISC JOCKEY, Scott wanted to work in San Francisco with his idols, but still lived in Sonoma County. Over the years he fulfilled his dream working at many of the large stations is San Francisco, but decided after 20 years he wanted to settle in Sonoma County full-time. Ultimately wound up working for Redwood Empire Stereocasters in Santa Rosa, home of KZST and Smooth Jazz 99.1

SCOTT ENJOYS the wide open spaces of Sonoma County and appreciates the Bay Area in general, but its Sonoma County’s people and opportunities it affords to always see something different wherever he travels in the Wine Country. Like MC’ing great Concerts as Rodney Strong with music greats to enjoying a picnic at Howarth Park to riding the SMART train from one end to another.

WHILE WORKING PART-TIME at RES for a few years to pursue private projects in Sonoma County, Scott was offered a position to replace Rob Singleton, who was retiring from Smooth Jazz and it was a match made in heaven. Soon, Scott was offered the morning slot at a brand new RES radio station, “The New 93.7 SMOOTH FM"

THAT WAS JUNE 30th of 2015 and who knew the years would fly by so quickly? As Scott says, “the fun and tightly knit family of employees has made a broadcast dream come true. Everyday, I wake up and come to play---and its like that the whole day---EVERY DAY. Who knows what I’d do if I actually had to WORK for a living?? 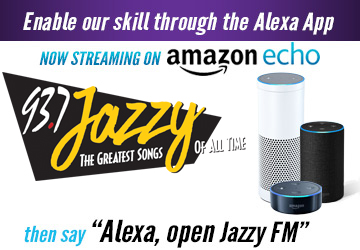